Worried about their memory?

If you’re worrying about a loved one’s memory and feel unsure whether it’s anything to be more concerned about, here are brief explanations of the key differences between dementia, memory loss and ageing. 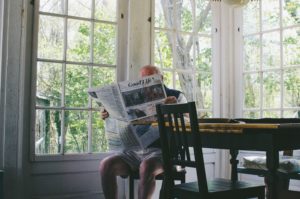 During natural ageing our intelligence will remain unchanged while both the body and the brain slow down. Being less mentally and physically malleable is common as is taking longer to process information. Changes such as finding it challenging to remember places and names are normal as we age. Elements that can affect the memory include:

Mild Cognitive Impairment (MCI)
When a person has MCI they have problems with either a core brain function or with their memory. While MCI is not something to be taken lightly and can be noticeable, it’s not so severe that it interrupts daily life. Those diagnosed with MCI have an increased risk of developing Alzheimer’s disease, in particular if their main MCI involves memory, but it is by no means a certainty.

Dementia
Dementia is a general term used to describe a group of symptoms caused by different brain disorders, dementia is not a disease. An indication that some form of dementia is occurring would be a mental decline severe enough to disrupt daily life. This could be one or more of the following root brain functions:

Alzheimer’s Disease
Many people with Alzheimer’s disease first notice that they are experiencing forgetfulness severe enough to affect their work, hobbies or social life. Additional common symptoms include:

Alzheimer’s disease is a gradually progressive illness that damages nerve cells in the brain. Symptoms increase and advance over time due to the fact that more brain cells are destroyed as time goes on. Though people can have Alzheimer’s in their 30’s, 40’s and 50’s the disease is by far the most common in people over age 65. Despite there being currently no cure, treatments are available and most effective when the disease is identified in the early stages.

Cerebrovascular disease is considered the second most common cause of dementia, often referred to as vascular dementia. The symptoms of vascular dementia are wide ranging as it depends on the brain regions involved. The more common symptoms include:

It occurs when clots block blood flow to parts of the brain, consequently destroying brain cells. These changes can occur over time or very suddenly. People who develop vascular dementia may have a history of high blood pressure, heart disease or diabetes.

Dementia with Lewy Bodies is when abnormal deposits of proteins called “Lewy bodies” form inside nerve cells in the brain. Lewy bodies have been found in different brain disorders, including DLB and Parkinson’s disease. Symptoms of Lewy Body Dementia include:

Frontotemporal Dementia (FTD)
FTD is a rare disorder that dominantly affects the front and sides of the brain. It usually occurs at a younger age and progresses faster than Alzheimer’s. Symptoms often will include the following:

If you are looking for care,Care Sourcer offers a free searchable directory of local care agencies. If you need care urgently, we also have a team of care experts who are available by telephone to help guide you through the process.