Understanding loss, how to comfort your surviving parent

When it comes to comforting your surviving parent a good place to start is remembering that each person feels grief in their own way, don’t presume to know what they’re experiencing. Grief can sometimes set in motion a mixture of feelings including guilt, panic, longing or depression. Though these are all normal they can be difficult to manage and be around. You’ll both need nutritious meals, exercise and more sleep than normal as a given to help your bodies handle the strain. There are also certain things you can do and aspects you can be conscious of that will hopefully help you both through this time. 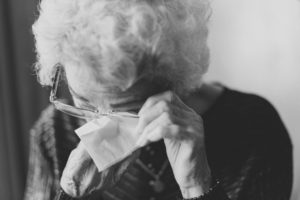 Firstly, here are four things you could focus on doing for them to improve their wellbeing:

These might be easier said than done, especially if you’re also dealing with your own loss. Try to approach each day with patience. With time grief fades, though it sometimes can take years. If it does, it might not simply be a case of an inability to cope, but instead how significant that relationship was. Both understanding and respecting the grief itself can be an enormous help. Here are three useful factors to keep in mind and be aware of during this time.

The after-effects on the body

The stress involved in grief can affect the immune system. Colds that linger and a flare up of any existing conditions are common. These possible after-effects make it harder to cope so it’s best to address them sooner rather than later by suggesting they have a health check with their GP. If they are willing perhaps call ahead and alert the practise of this recent bereavement.

A good example of when this might occur is if your deceased parent suffered a long illness, that required their partner’s care. It’s common that they feel they did all their grieving during the illness or they deny their grief as the death was expected. They could seem fine for some time but be prepared that it’s likely to eventually surface.

There are also things that will bring the grief back up, be it a song, place or simply a conversation. These moments are sadly part of the grieving process and unavoidable for the most part.

Accepting and supporting the grief itself

The first months after such a loss are not the time to start new things, they’ll need to focus their energies on coping in their day to day. They will after a time, regain their usual functionings but initially they are unlikely to be themselves. Usual signs of grief to not be alarmed about, but rather supportive through may include: